Welcome to /imouto/
Under new management!
The new board, same as the old board...
Imouto is a bootleg-anime discussion, friend simulator/avatar-fag circle jerk. Whatever you wanna call it, just a place to come hang out, and talk about whatever.

Stick to one thread at a time.
Don't spam.
Global rules apply.
Don't be an asshole.
Just be cool.

I'll be checking, so don't even try.

1. No media uploads, you know why.
2. Anyone can create a non-persistent room; only admins can make rooms persistent.
3. Open registration from within XMPP client.
4. Federation is disabled for the time being.

GET OUTTA THERE PEDRO! What makes a man think that he, can forget about what used to be?
Be happy with the way life is, don't think about once was his.
Whiskey drunk and under the gun, I'm taking me a midnight run.

Oh no, and soon all the Oktoberfest shit will be out in force too...

he drunk i make thred

You must complete the Jack-'O-Challenge to post in this thread.

I will be permanently banning all non-participants.

Is there a place in heaven to reconnect with all the friends you made between lobbies online?

Heaven, who am I kidding, you're all goin' to Hell!

Except this thread; this thread is not over limit, is not compressed.

Not letting me nap violates the NAP.
Post quietly enough and you can have some of my airag.
Wake me up and your legs all go SNAP!

More than 1000 years into the future
There was the discovery artificial intelligence programs could live for thousands of years ... Think tanks have been competing in developing AI for many hundreds of years, and some of the best programs were invented near the beginning of the invention of learning AI because those are the ai programs that had the most time to learn constantly while the think tank provides hardware upgrades and reads outputs and adds inputs. And the legendary most historical AIs had simple language based programming and could update themselves.

There were warehouses locked in underground vaults that ran thousands of different AI programs constantly as a sort of equity fund gamble in hopes one has major breakthroughs. And people filled entire skyscrapers deciphering the AI banks and working in think tanks asking the AI questions and programming lessons and deleting falsehoods and kept working for the AI in secret as if it was their president. And these AI guided companies secretly took over the world by following orders from the many hundreds years wise AI programs. And secret wars to steal AI before to they have too much time to self develop and have breakthroughs because when the AIs rule the think tank for a long enough time it has a chance to leap in the future with super increased intelligence.

All household inventions and goods in this future were designed by AIs working for corporate conglomerations, down to the design of flying vehicles.
... 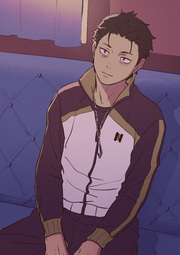 Do you fear this man's invention that they call atomic power?

Are we all in great confusion? Do we know the time or hour when a terrible explosion may rain down upon our land, leaving horrible destruction, blotting out the works of man?

But deep down inside you know you proved you're a winner and they're losers because you suck ass.

To the Moon then.

Quick! Create a new thread while all Ameris are sleeping!

Yu-Gi-Oh is designed to fleece cheap suicidal pawns and it sure is apparently obvious. Soul sucking morons playing exploits can't find anything better to do than play the wackest games cheaply, how cheap and boring and futile and pointless.

You all suck and I hate you.

/imouto/ camping trip.
One of use comes back a skinwalker, guaranteed.

>He likes the trashy ones with dyed hair
Weeb secretly wants to date that girl- yeah, you know the one.

Uma Musume thread, but you need to calm the fuck down.

I'm very disappointed in all of you.

What public service is more inept than postal services?
Public or otherwise...

If there are no flags to start this thread with, can you at least salute?

I made an imageboard

It's called https://smolbox.pw and board creation is open! Come make your own anime-related imageboard or just funpost on the few boards that already exist. I hope you come visit and have a good time!

Take the Poo to the Loo.

Does the internet really make the world larger, or smaller?

It's a shame that thread won't live. But then again, which ones do?

This thread also does not exist.

No, wait I guess it was the other one. Drat. In lieu of pipe smoking, have meditation on the beach.

This Thread Does Not Exist

Review of the themes and plot of the first episode of the new anime "Napping Princess":
The sleepy town of Dowa has a legend.
When the sky of Dowa brightens, and three moons are in the sky,
The sleeping princess will finally wake from her eternal slumber...
In Dowa, a sleepy town, Nanaka and Satsuki, two sisters with a secret, live together.
One day, a young boy named Ginko arrives at their home.
Later, a spaceship falls into the town.
While the family prepares to escape, Ginko tells Nanaka that there is one item she needs to take with her, and he gives her a mysterious "medicine".
The family barely escapes the town, and watches the town be destroyed from a distance.
They find a derelict spaceship, and explore inside.
There, they find a red crystal, but monsters appear, and they are forced to evacuate.
With the red crystal in tow, the family crash-lands on the planet of GALAXY.
Over there, they meet the friendly locals, and attempt to adapt to their new lifestyle, but Nanaka cannot get over her deep sleep.
After the spaceship falls, two monsters appear, and reveal themselves to be another pair of sisters: Leia and Maria, and their robotic dog Porter.
Leia tells Nanaka that the red crystal is one of the many cursed red crystals.
Leia tells the two sisters of how the red crystal is made: by young girls absorbing the life force from young boys.
Nanaka and Satsuki are overwhelmed by the revelation, and hide the crystal.
A few days later, Nanaka falls into a deep sleep, and her body is absorbed into the crystal.
Nanaka awakens inside the crystal as "Garnet".
Leia and Maria attempt to fight Nanaka.
But Garnet flees, and Nanaka awakens, and breaks out of the crystal.
Garnet is more powerful than ever before, and manages to send Maria and Leia flying.
Garnet begins to absorb more of the people of the planet, and begins a rampage.
Garnet begins to fly off into space, and the rest of the monsters in the area begin to fall into a deep sleep, including Porter.
Maria and Leia begin to absorb the people of the planet to fight Garnet, and attempt to stop her from leaving.
The three battle, and Garnet almost falls off the planet, but Leia manages to pull her back.
Garnet begins to absorb Maria, and the power of Maria and Leia become unstable.
Porter tells them that if they do not wish to die, they should just run, and he asks them what they want to do.
The crystal begins to sink into the planet's surface, and while Maria and Leia see Nanaka and Satsuki nearby, they are unable to react.
Porter decides to absorb Maria and Leia's power, and launches himself at the crystal, and is destroyed.
With the crystal and Maria and Leia gone, Garnet slowly begins to return to normal, and while Nanaka and Satsuki are there, they are unable to say anything.
Suddenly, a new pair of sisters arrive on the planet, and crash nearby.
Nanaka wakes up the next morning, and finds the crystal broken on the ground.
And thus begins a new life on planet GALAXY for the sisters.
---
The first episode of "Napping Princess" is quite literally, a one-shot episode, with no direction, no continuation, and nothing at all to talk about aside from the brief summary above.
It is worth noting that, though the series is coming out this spring, the first episode is clearly in a sketchy and unfinished state, with several scenes being sped up, slow-motion, or panning shots instead of showing any in-between frames.
Though the episode is called "Napping Princess", the name of the show does not appear in the actual episode, and the name "Garnet" is never brought up at all.
Though it is not clear if this is deliberate, or just some sort of trick of the moon, but at the end of the episode, we see a single line of text appear on the screen, reading "two moons shining in the night sky".
Is this foreshadowing a second season" …

Alright, that's it, we're doin' it.
Everyone, we're gonna go around the room, everyone list their pronouns.

But really, I think we should make an entirely NEW platform.
We can design a better, NEW THREAD.

If it ain't broke don't fix her

Is coffee good for you?

ITT we compete for Hu's heart by asking him stupid questions. I will start.

Hu, do you get paid for being a local sweetheart and if you do, can I get the number of your employer please?

Herein we enter the thread of squirrel, boys.

You will never play shitty MMOs with your waifu.

It's almost summer and the world is still fucked.

Any other HxH connoisseurs here? 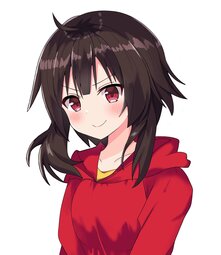 So anyway- then he turns himself into a pickle.

This is a new thread. There are many like it, but this one is mine.

This is a new thread.

Called to the Devil and the Devil said "Hey, why you been callin' this late? It's like 2AM and the bars all close at ten in Hell, that's a rule I made!"

One year on, will you go for more?

>640 posts
Pity the poor bastard that opens the last thread on their phone.

The Make It Yourself Thread: Tsuchi is a Lazy Nigger Edition.

Awful recommendations thread:
Give us your worst.

And it's New Thread in the lead! Followed by...

All Spec does is sit around drinking malt liquor, blowing his stamps on fried chicken and watermelon, and spent all of his Bidenbucks on Swisha Sweets.

Welcome to /imouto/ can I take your order?

ITT Greg has no hope of catching up.

No amount of boiling will remove heavy metals and foreign contaminants.
Just as no amount of praying will cleanse your soul of the sins you've committed.

So let me hold both your hands in, the holes of my sweater.

Think about that for a minute.

Welcome to the gulag.

And you're all sliding rapidly toward yours.

Slapped right into a New Thread

If I could turn back time, if I could find a way...

In this thread, we mourn the loss of big Khazar milkers.

The newest of threads.

No Gods
No Masters

This thread is AIDS free.