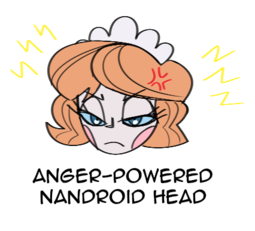 Since Emmy seems to have been overridden by basic screeching, might as well go to the trash heap. 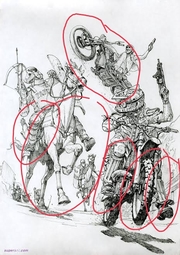 greetings... are there fun tutorial books that helps drawing to be as precise as it takes from get go without using vanishing points maybe like this

anyway it has to be sleek and precise reasoning..
or else it s not fun and i was told to do fun and passion
before i suck it up. and now i dont know how to
suck it up lol

It is a good show. Nobody talks about it here or anywhere else i know of. 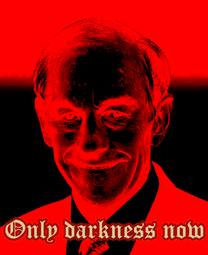 Why does the animation industry have a tendency for the creators to be perverted and when and how did this start? 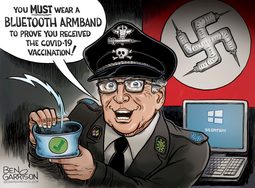 
Uploaded Season 3 Episode 2 which was being streamed in adultswim, but encoded for mobiles. Plenty of live torrents alive with distinct resolutions.

What the fuck happened to rick and morty?

I remember the first season being funny and serious at times and it looked like it was building a universe and shit but I look at the second season and all I see is…. family guy with a scientist and a kid…

I mean, look at most of the episodes in season 2, most were outright shit or mediocre. there was only 1 or 2 generally funny episodes in the season and that rick suicide thing shocked me and made me shed a tear much like how morty killed his other self in season 1.

I mean the show was how should I put it, more interesting and funnier in season 1. season 2 just feels like they got an unfunny neckbeard cuck to write most of it.

not only that but the addition of poopy butthole like JESUS FUCKING CHRIST ARE THE WRITERS FUCKING RETARDED? HOW IN THE LIVING FUCK DOES SEASON ONE HAVE BETTER OVERALL ANYTHING THAN IN SEASON 2? like were they INTENTIONALLY trying to make season 2 shitty or what?

like c'mon. "pocket mortys"?? a pokemon ripp-off where you capture "mortys"? really? is that supposed to be funny? I don't. I don't see why the kid has to constantly be this drunken old shit's bottom bitch and I don't know why this is an ongoing joke. and instead of your human harvesting shit being the monsters of the games, how about you use the monsters from the fucking show to capture? I mean your game is based on a show that involve a galactic duo going to different world meeting different monsters so why not make the pokemon the monsters from the tv show? oh wait, you can't because the you couldn't just recolor the base morty drawing over and over and not make any effort whatsoever in making your own monster designs. HAHAHA make teenage boys your slaves and make them fight each other to the death just like in pokemon! this totally isn't just a lazy piece of shit! our ret- I mean "fans" will eat this shit up I mean, it's free so they can figure out later that we put no effort into it!
FUCK THIS SHOW.

Are you glad that Captain America chose to act like some kind of a hero or something, or are you viscerally offended like most people over the fact that he didn't apply power-hungry protectionism of his status quo as the leader of government-cucked and corrupt Avengers? Did you find it disappointing that he didn't carefully incubate Black Panther to hatch into a "Doctor" Doom (as they use the term in Niger) with a chip on his shoulder against America, but instead ran him through learning an important life lesson?

This seemed like it had potential after an episode, gonna just post it and maybe it will be good

Remember when Spiderman killed Mary Jane with his radioactive sperm?

Not much else on and it just started. 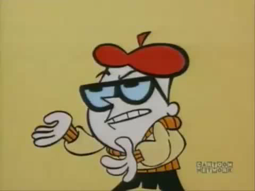 Took me this long to gleam from the sidelines if this show is worth watching, but as it seems: it's not. It appears to use the existing IP as a crutch to creativity, but when a character from the 50's doesn't fit the mold of Disney XD garbage, they just bald-facedly chance the depth of the character to something that does.
It reminds me of how American dubbers can't handle some ideas that can exist in Japan, and now they're smoothing out American characters from 1950's with replaced personalities. For example, Gladstone Gander was a character you'd love to hate partly because he always has his way by luck without meaning any harm to anybody, but here they apparently made him just downright villanous in some way. That undercuts directly the basis of his character. The whole point of Gladstone is that you can't even hold a grudge because he doesn't deserve it, he's just lucky, but here they make him act in a way to justify a more convenient, immature and judgemental reaction. You're not challenged to explore what it's like to just simply fall short of someone else.
I can take that shit from new IPs like Gravity Falls, but going out of your way to eradicate character archetypes so that you won't have to write unique character interactions that could actually build variety into the American culture just makes you a hack writer, and these people are such hack writers.

Bob's Burgers is such a charming show.

I find it funny. What do you think about this show?

Maxwell atoms is working on it.

What do you all think about this new show? I'm about to start the third episode. I actually kind of like it so far. If nothing else, it looks fantastic.

It was nice while it lasted.

This site is DEAD.

How is it that the show from the 90s is less corny and less cringe-inducing than the show produced in the early 2000s?

I was set to rewatch both and only finished the 90s Xmen series. Aside from the dated by 90s production standards and the final season being delayed and gutted for budget, it was a surprisingly joyful series. In a way I think the dated animation style worked because the characters were on model for 99% of the time. But with Evolution, I had to stop at the start of the second season. I wanted to stop even before the end of the first.

The 90s show had typical corny jokes and banter which is a writing hallmark of an 80s/90s show, its roots going back even further. Today that trope is seen as corny and kiddy. Honestly I got used to it so much so that it must have worked in its favor. It came off less like jokes to steal the attention and pad time and more like pure banter. Even if you still consider that cringeworthy, it was nowhere near the "lingo" of Evolution.

Evolution played out so self-aware and concerned with being hip that it embodies the bundle of nerves and identity issues that it focused its writing on - young teenagers. Every step of the way it felt awkward and the focus on teenager issues and immaturity felt completely phony. I guess I expected Xmen but teenagers and not "teenage behavior" with an Xmen overlay the show. The only good thing that Evolution has is that its art holds up. Everything else was awkward.

How could this happen?

I'm here to make this board tepid rather than cold! What's up?

The /co/ you want to go to for instantaneous, fast as hell /co/ discussion is https://8ch.net/co/. I have no issues with them beyond their stupid low page count. I post there sometimes, too.

But wouldn't it be nice to have a slower alternative? Well, let's make that happen! Introducing Hipster /co/! You've probably never heard of it.

Discuss in depth, at length, show off your /co/ntent from YouTube, Vine, and what have you! (You can bet your ass I will be.)

In about a half hour I'll have a new discussion topic up. I hope you'll join me for it. It will probably be slow. But maybe it'll get the ball rolling.

STEVEN UNIVERSE COMING BACK ON, GET STOKED, BITCHES!!

New SU video about one of the recent episodes.

https://youtu.be/1P2UqMCGRNY
New video for all two of the Steven Universe home boys.

well you dun goofed now, if i wanted a /co/ board where i can't post titti, i would have gone to 4chan where its offensive and you get banned on the spot.

Lets get this place filled

Who's your favorite villain?

ive never been much of a comic guy, but i decided to read injustice because it was recommended to me and it was an interesting thought, and wow-ee. it was doing okay (the writers failing to explain batmans philosophical principles for not wanting the arkham patients killed irked me, but as i said before, im not a comic book guy, and i can understand why they wouldnt want to have a wall of text covering up the comic. but they dont mind cramming in a wall of contemporary 4th wall political bullshit, so they can no longer stand on this argument) to until i got to this scene. what happened to his face? gotta love the political shoehorning, too. how long has it been this bad?

semi related to this, which comic is the one where batman snaps the jokers neck in the batmobile, and is it worth reading?
Open

If we want a transition to endchan to be successful for our part of chanculture, we need a thread to christen this new /co/.

I put forward this topic: Who is the best love interest for Superman, and why is it clearly Maxima?